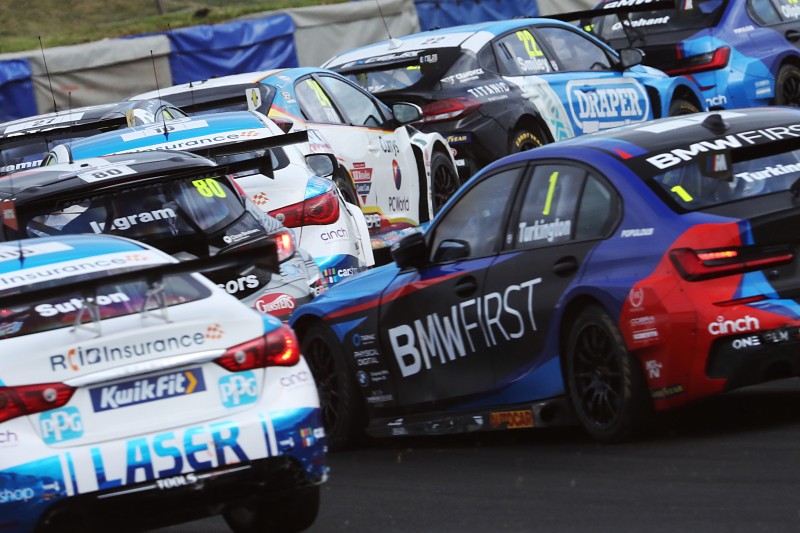 The Kwik Fit British Touring Car Championship heads to the fastest circuit on the calendar this weekend for rounds 13, 14 and 15 of this much condensed season.

Colin Turkington is still proving to be the man to beat this year but holds a slender 10-point advantage over Laser Tools Racing’s Ashley Sutton in the overall standings. Sutton took two race wins last time out at Knockhill after putting his Infiniti Q50 on pole position.

The 2017 Champion is loving life at the Scottish-based outfit and was incredibly happy with the teams showing at their home circuit.

“Coming into the weekend I knew we had to start eating into Colin’s advantage and we done just that with pole position and two lights-to-flag race wins,” said Sutton.

“Laser Tools Racing and BMR Engineering gave me an incredible car, hands down it is the best touring car I’ve ever driven. Obviously, to get a win for the team at what is their home circuit is nice too, it is as much their success as it is mine.”

Championship leader Turkington secured two second-place finishes at Knockhill before finishing the third race of the day in ninth. It’s been his best ever start to a season so far and the Northern Irishman is keen to keep that momentum going this weekend.

“The past two weekends have gone really quickly and I’ve spent quite a bit of time looking back over what we did at Knockhill and using that knowledge to prepare as best as I can for Thruxton,” explained Turkington.

“It’s a completely different challenge, so we’ve had quite a few engineering discussions to make sure we go there with the fastest car we can. Thruxton is the only circuit this year where we use the hard-compound tyre, which is because of the abrasive surface and the high-speed, long, loaded corners.

“Stability in those corners is important and that’s an area where the BMW 3-Series is strong because of its long wheelbase. Thruxton takes no prisoners, so confidence in the car underneath you is also very important. Being fast is all about managing the tyres, so that will be a key factor on race day.”

One team who will be hoping for much better this weekend will be Halfords Yuasa Racing with Yuasa Battery celebrating there 10-year anniversary in the BTCC at the team’s home circuit.

It’s proved to have been a tricky time of late for Championship hopeful Dan Cammish who has dropped to fifth in the Championship table, 57-points behind Championship leading Turkington.

Cammish took four podiums in the six races run at Thruxton in 2019, including a race win and is eager to add to that tally this weekend and chase down the rear-wheel drive cars who are seemingly starting to run away with the Championship.

“I had a good weekend at Knockhill,” told Cammish. “The car was on the pace and I kept seeking out the results. It could have been slightly better had I not had the coming together with Colin (Turkington), but I very much go to Thruxton with my head held high.

“I scored four podiums out of the six races (including a win) last year, so that is very much the target this time.

“Thruxton suits the Honda Civic Type-R with its fast undulating layout, so I’ll be giving it my all to take points out of the Championship-leading rear-wheel drive cars and to very much assert some dominance in the front-wheel drive class.”

Motorbase Performance’s Rory Butcher sits third in the Championship hunt with Team BMW’s Tom Oliphant in fourth after a very impressive start to the season for both drivers.

This weekend also sees Tom Onslow-Cole return to the Championship with Team HARD Racing, replacing the injured Ollie Brown for the next three events.

Mike Bushell is also side-lined this weekend after picking up ligament damage in his wrist and a dislocated shoulder in race three accident at Knockhill. Firm fans favourite Rob Austin will race the Power Maxed Racing Vauxhall Astra this weekend as a result – his first competitive outing for two years.

You can catch all the action from the BTCC and the support formulas live on ITV2 this Sunday afternoon.