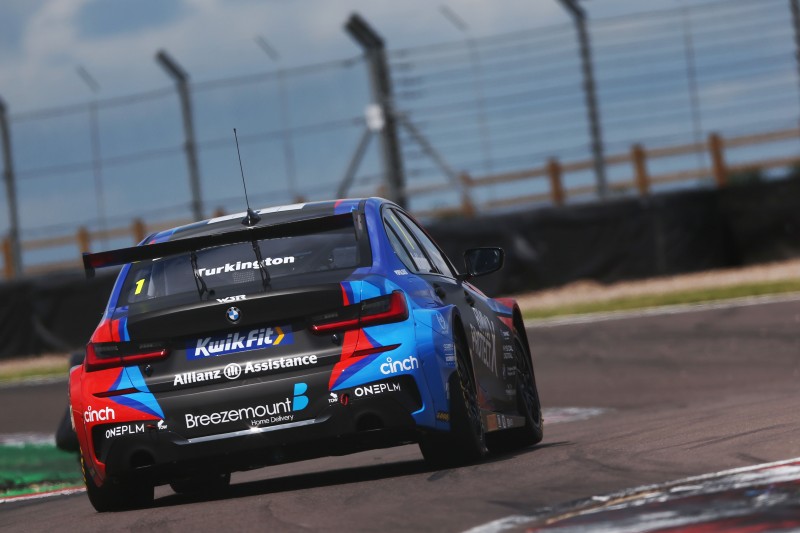 The Northern Irishman topped both free practice sessions earlier in the day too, as he kick-starts the defence of his title and starts his bid for a fifth BTCC Championship.

Toyota’s Tom Ingram set the bench-mark time after 10-minutes as he returns to the track with which the Corolla secured its first ever race win. However, it was former Champion Ashley Sutton who knocked him off the top of the timesheets as the track started to evolve.

Knowing he had the pace in his BMW 330i M-Sport, Turkington became the first man to dip into the 1:08 seconds bracket, knocking the Laser Tools Racing man down a position. The 1:08:998 second lap-time set by the Team BMW star would not be beaten by another driver, despite the best efforts of Halfords Yuasa Racing’s Dan Cammish who was just 87 thousandths slower than Turkington.

After notching his 21st BTCC pole, Turkington said: “It just feels so good to be back driving in anger. We’ve almost had two pre-seasons but it’s so good to go into a full-blooded qualifying session and come out on top, so big credit to Team BMW and the work we’ve been doing.

“I’m very proud of the team, we’ve worked extremely hard over the extended break. It has not been a break for us, we’ve kept preparing and kept trying to get better and the fact that we’ve lowered the lap time from last year, and I was on pole last year and we’ve improved on that, shows how hard we’ve been working.

“It’s all smiles at Team BMW today. It’s been a really good start for us so I’m looking forward to all of the action again tomorrow. I’m always worried about everybody else, you see how close the times are and it’s just about putting the lap on the table when you can, when you’ve got some track time. The guys are hot on my heels so it’s not easy by any chance and it’s going to be a scrap tomorrow.”

Behind Cammish in second will be Sutton in his Infiniti Q50 with all three drivers separated by just 97 thousandths of a second.

Seventh will be Jake Hill with BTC Racing’s Josh Cook eighth and Matt Neal ninth with Adam Morgan rounding out the top-10.

Senna Proctor put the Hyundai 11th in its first qualifying as well with teammate Chris Smiley starting in 14th. Sam Osborne and Ollie Jackson will line-up between the pair of them in 12th and 13th respectively.