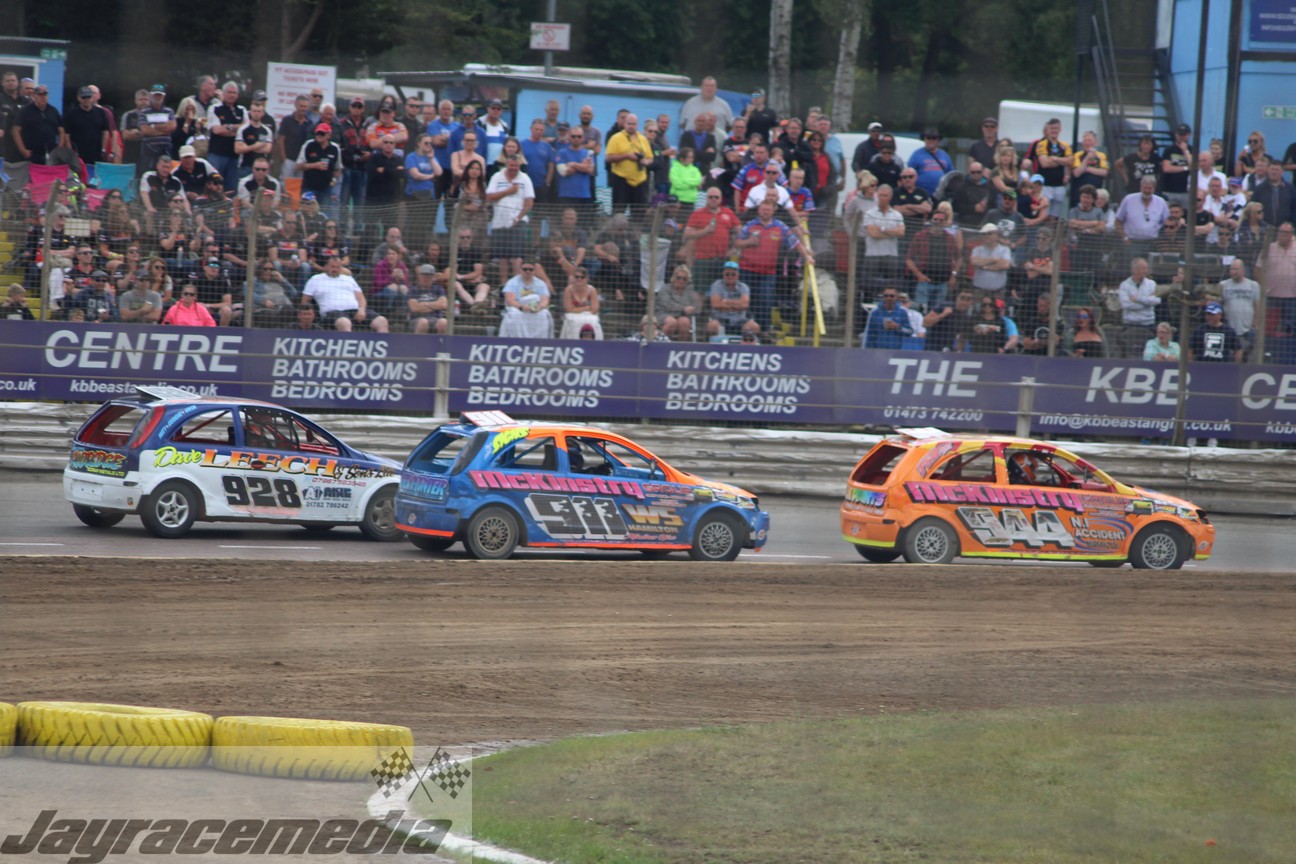 Derek McMillan led from flag-to-flag to be crowned the 2019 Stock Rods British Champion at the Foxhall Heath Stadium on Sunday afternoon. Fellow countryman Shane McMillan was on his bumper the whole way with James Morris also joining the fray before the end.

Derek McMillan led from pole with Shane McMillan slotting into second with Morris third at the end of the first lap.

Stephen McCready managed to out-muscle John Smith around the outside to grab fourth as they completed lap two.

Shane McMillan was beginning to pile on the pressure on Derek McMillan, darting from outside to inside but couldn’t quite find a way through.

Further down the field, Smith was continuing to hold down fifth but had experienced Scotsman Chris Latkka right on his bumper. Stuart Agnew was holding down seventh but was under increasing pressure from Max Bradburn and Tristan Jackson.

With around one-third of the 35-lap race complete, the red flags were brought out after a spectacular roll for lady racer Siobhan Martin on turn three. Thankfully, she climbed out ok, but the car was badly damaged.

When the race restarted, it was normal service resumed with Derek McMillan leading from Shane McMillan and Morris.

There was drama for McCready who hit mechanical problems whilst running fourth allowing Smith to move up the order.

Becoming increasingly frustrated, Shane McMillan started to move towards the outside line in an effort to take the race lead in a hope of retaining his British title but couldn’t quite get the run he needed.

Realising this, Shane McMillan tried darting to the inside on a few occasions but was met with the Orange Vauxhall Corsa of Derek McMillan on each occasion.

With the leading pair squabbling, Morris was allowed to close right back up and also began challenging making it a three-way battle for the lead.

As they entered the final five laps, they all started trying even harder to get past one another, but Derek McMillan was holding firm driving a great defensive line to hold his position.

Seeing it as his last opportunity, Morris moved across to the outside line in an effort to build up some momentum and overtake the leading pair.

Eighth was Agnew, ninth was Stuart Wright with Dean O’Dell rounding out the top-10.

Congratulations to Derek McMillan on a well-deserved win. This is his second major of the season after winning the European Championship in torrential rain at Aghadowey earlier in the season.