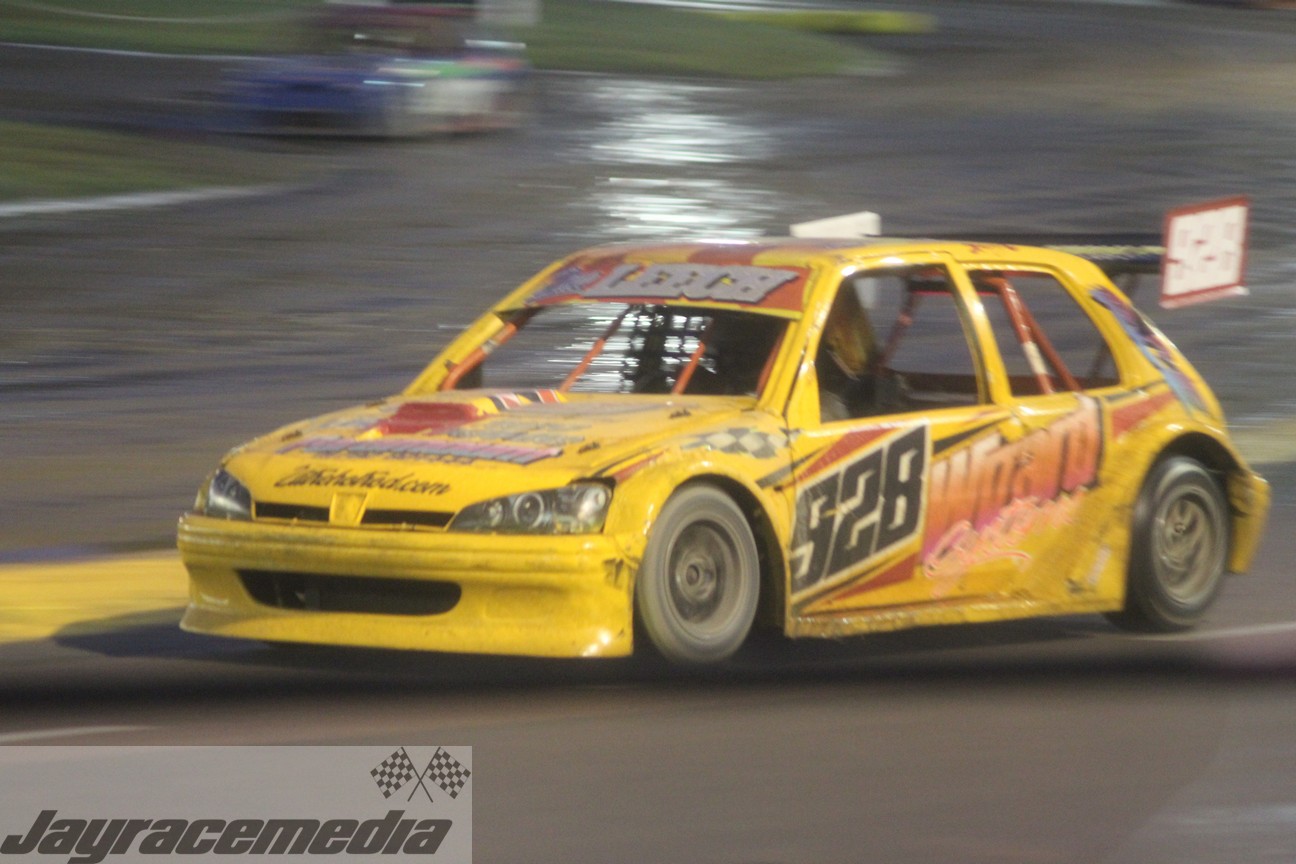 The drivers were met with tricky racing conditions thanks to the persistent rain that had fallen throughout the afternoon and evening.

After two reverse grid qualifying heats to determine the grid, it was South African superstar Jason Loosemore who lined up on pole position with the Spedeworth points champion Gavin Botfield on the outside.

The reigning world champion Damon Wellman would have to try and defend his title from the back of the grid after getting caught up in various incidents in both qualifying heats, along with one of the pre-race favourites and Incarace points champion Paul Wright.

Loosemore led the field away but was coming under pressure from Botfield who was trying to find some grip on the outside line.

As the leading two pulled away, Scottish driver Jim Pitcaithly made his way into third after going up the inside of Mitchell Souter with Pepper and Leech battling it out for fifth just behind.

Souter was then overtaken by Pepper who managed to find some valuable grip on the outside of turn four to move up to fourth position. Leech also saw his opportunity and grabbed fifth place as Souter unfortunately continued to fall down the order.

At the front, Pitcaithly was slowly closing down the gap that the leading pair had built up within the first few laps and was looking a real danger sitting in third. Pepper and Leech also joined the fray to make it a five-way battle for the lead of the race.

With around one-third of the 35-lap encounter gone, Loosemore ran too wide on turn’s one and two allowing Botfield to move alongside him. However, Botfield accidently tagged the rear of the South African’s car coming out of turn two which allowed Pitcaithly to move down the inside making it three-wide as they headed down the back straight.

Pitcaithly was also tagged by Botfield as he tried to shake off Loosemore’s car turning him towards the armco as all three somehow managed to avoid a big crash and carry on – although losing valuable time and places.

It was Pepper who took up the running from Leech as the rest sorted themselves out. Cherry found himself in third with Gerry Hendry fourth and Botfield down in fifth after that coming together.

After a couple of laps, Hendry made his move for third by diving up the inside of Cherry as the pair went into turn one.

Leech was beginning to build momentum up to challenge Pepper around the outside as the race reached its conclusion. With just three laps left, Leech made the move stick to win his second major of the season and the 2019 World Championship. 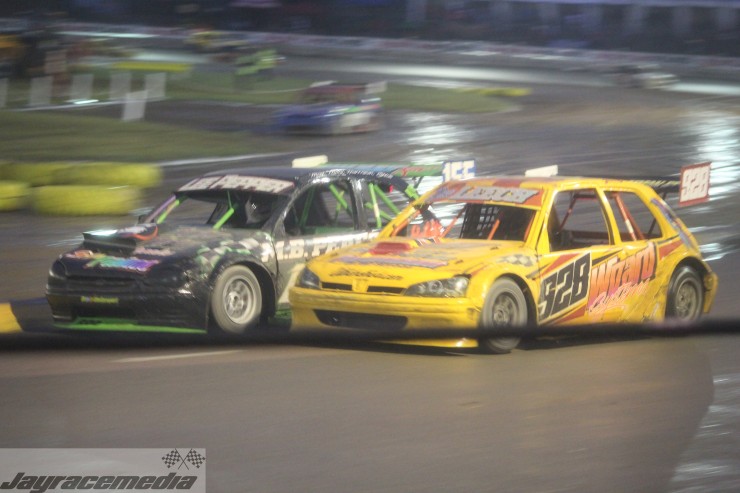 The 2000 World Champion (which was similarly run in the same conditions) – Pepper came home in second with Botfield making his way back up to third after the unfortunate collision with Loosemore and Pitcaithly earlier on.

Alex Crane was fourth with Hendry fifth and Cherry sixth. Seventh was Kevin Stewart with Souter putting up a valiant effort in tricky conditions to come home eighth.

Damon Wellman put in a World Champion type drive to finish ninth from the very back of the grid with Stuart Sculthorpe rounding out the top-10.