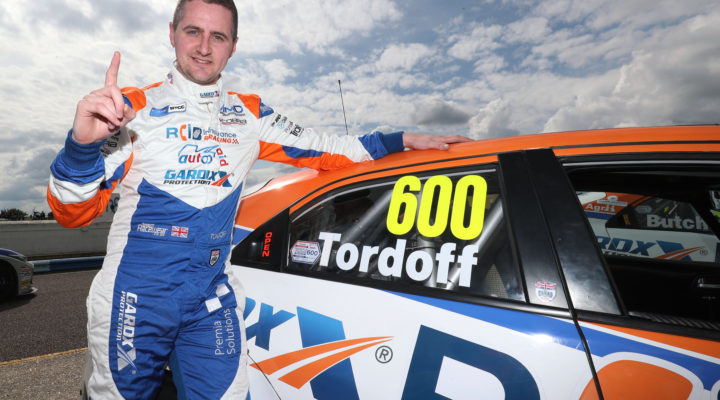 Despite showing some fantastic pace in pre-season testing, it hasn’t gone the Yorkshireman’s way so far this season, with a best finish of 13th.

“It feels like a dream to be honest,” said Tordoff. “The lap didn’t feel particularly special but it all just came together. It’s been a tricky day. I’m not a fan of this circuit in terms of how it suits my style. It’s one of those where you have to just take your brain out and go for it, which isn’t really me.

“Rory (Butcher) has pushed me so hard today. It was important to do this and stick it right up there on the grid. We’ve had a terrible start to the season, we’ve barely scored any points and we should be up where Rory is in the standings. We’ve got to score big this weekend, but I am delighted with that.”

A late red flag brought the session to a halt with just over four minutes of the 30-minute session remaining, following a collision between Mark Blundell and Tom Chilton sending the latter’s car into the tyre barrier at the final chicane.

Halfords Yuasa Racing’s Dan Cammish thought pole was his when he set a lap time to go to the top of the time sheets when the session resumed, only to be beaten by Tordoff’s late effort which was also a new lap record around the UK’s fastest circuit.

“I don’t know where my luck’s gone,” said Cammish. “I found traffic on two laps and saw my team-mate backwards at Church and had to back out of it. I was thinking ‘what more do I have to do?’. I under-drove the last lap as I didn’t want to get pinged for track limits.

“On another day, I could have been on pole. I want to score a lot of points tomorrow and I won’t be hanging about, put it that way. Even when I do well, I wonder how I can do better. We’ve got the speed, I’ve been racing a long time and when the luck comes back, we’ll be looking good.”

Andrew Jordan and Colin Turkington will line up third and fourth respectively, having been trading quickest lap times before the session was red flagged.

Rory Butcher continued with his impressive early season form by putting his Honda Civic Type R fifth on the grid with Power Maxed Racing’s Jason Plato alongside him in sixth.