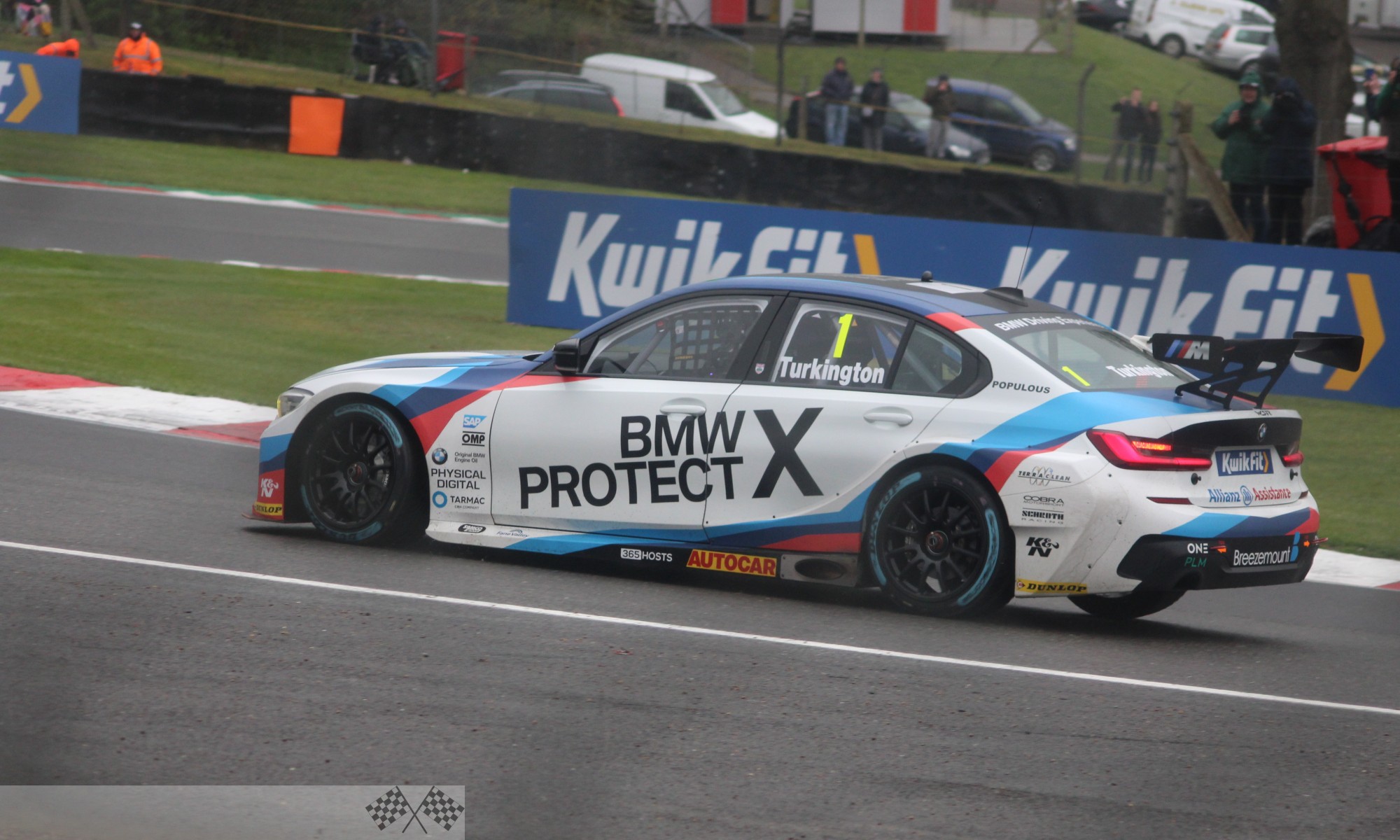 The reigning British Touring Car Champion Colin Turkington will start on pole position for the first of three races tomorrow at Donington Park.

In a rain interrupted session, Turkington set the fastest lap early in the session when the track was at its best. The BMW man would remain there for the remainder of the session to grab his first pole position since 2016.

It was hard for any drivers to find a rhythm in such tricky and challenging conditions with three red flag stoppages halting proceedings. Bobby Thompson, Mark Blundell and Nicolas Hamilton being the culprits in three separate incidents.

Turkington said: “That was a really difficult session. Dick (Bennetts) told me to get a good lap in early and I went like the clappers and got my lap in when the track was at its best.

“That was the first time we’d run in the dry this weekend, so I was working hard. It a great feeling to get the first pole position for the new 3 Series and my first in about two years! I’ve not lost it yet!

“We had really good pace at Brands Hatch but got unlucky with the weather. We’re looking forward to what’ll hopefully be a good race for us tomorrow.”

“That was hard work,” said Cook. It was the first time we’ve ever driven this car on the limit here on that flyer. We’ve a lot to learn about this car but we’re doing well and working hard.

“I’m chuffed to bits for the team, I hadn’t expected this. The ballast hurts us, and the car drives very differently to anything I’ve driven before. We didn’t know what we had until I went for that lap and I still think we can find a bit more.

“We know which direction to go in. I’m comfortable around here in all conditions and we’ve learned an awful lot today – more than at Brands Hatch for sure. I’m excited but it’s a long day. I’m starting Race one on the hard tyre so I’m setting expectations realistically.”

The pole sitter at Brands Hatch, Ashley Sutton will start third in his BMR Subaru Levorg.

Sutton said: “I’m really happy with that. We went out early and had to get a lap in. The rear-wheel drive cars take more time to get up to temperature but thankfully we were circling at the right time and got our lap in when the circuit was as its best. We’re in a good spot and we can fight from there.”

Chris Smiley will line up fourth whilst Sam Tordoff lines up fifth – hoping to make amends for a troublesome season opener at Brands Hatch last time out.

Tom Ingram will start sixth as he and his Speedworks team look to grab their first podium with their all new Toyota Corolla.

The two Team Dynamics Honda Civics’ of Dan Cammish and Matt Neal will line up seventh and eighth respectively.

Tom Oliphant will start ninth with Rob Collard rounding out the top ten.