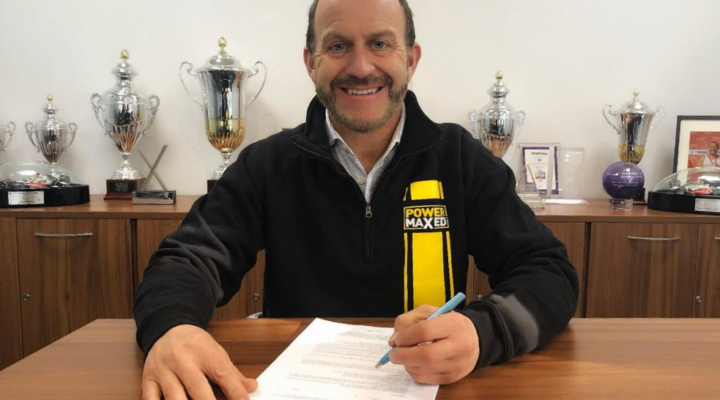 Collard is a legend of the BTCC paddock having raced in the popular tin-top series for 18 years. During that time, the Hampshireman has wrapped up 16 race wins, 61 podiums and 16 fastest laps.

It was a difficult season for Collard last year, after a crash at Snetterton caused concussion forcing him to miss the entire second half of the campaign with son Ricky coming in to replace him.

But now he is back and his “desire to win is as strong as ever.”

“I’m delighted to form a new partnership with PMR to return to the BTCC in 2019,” Collard told the BTCC website. “I’ve watched their growth and development from day one and seen Adam (Weaver, Team Principal) and the team build a race-winning package that has gone from strength to strength.

“I’m very pleased to help build on that success, alongside an experienced team-mate in Jason. Returning to front wheel drive is a challenge I relish, particularly having won the Independents’ title in a Vauxhall Astra in the past. As always, I’d like to thank all of my sponsors, particularly Duo and Hitachi Construction Machinery, for their continued support for my 2019 campaign.”

PMR Team Principal Adam Weaver added: “After our breakthrough year in 2018, we have been looking for a driver line up that not only matches our ambitions, but that also has the speed and experience to help us realise those ambitions. I am delighted that Rob has decided to join PMR to complete what I believe to be an incredibly strong driver line up.

“It is quite surreal for me as the two drivers we have signed are ones that I grew up watching and are a big part of the reason I fell so in love with BTCC in the first place. Celebrating our eventual successes together is going to make all the hard work so worthwhile.”

“It’s not very often I complement Adam, certainly not publicly anyway!” started Martin Broadhurst, Team Manager, jovially. “But he has done a sterling job with the drivers he’s secured for the forthcoming campaign. The plan is really starting to come together, and we are ready to cement ourselves as a top team in the BTCC, if we haven’t done so already.”

This will be the teams’ third season with the Vauxhall Astra’s and will look to go one step further in securing the teams’ title – having finished as runner-up’s in 2018. Collard will test the car at Brands Hatch next week as he tries to get back to grips with front-wheel drive in preparation for the forthcoming season.