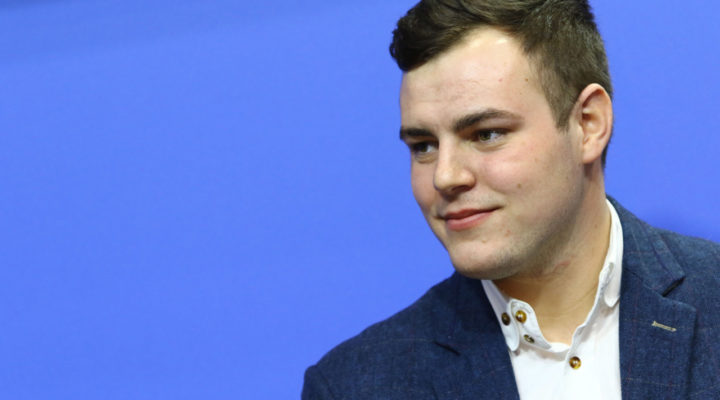 Proctor joined the BMR Racing academy in 2015 competing in the Ginetta Junior Championship. In 2016, he raced in the Renault UK Clio Cup under the BMR banner before making his BTCC debut in 2017 with Power Maxed Racing, winning the prestigious Jack Sears Trophy.

Proctor remained with the Power Maxed Racing outfit for 2018 and secured his first BTCC race victory in a chaotic second round of the Championship at Brands Hatch.

Proctor would eventually finish the season in 12th place on 170 points.

Proctor told the BTCC website, “I am very excited to be returning to BMR Racing for 2019. When the call came in everything seemed to fit perfectly and it was an easy decision to make. Having raced under the BMR banner in 2015 and 2016, I felt the timing was right.

“After two successful years in the BTCC, I have found my feet and I am ready for the next step. My aim this year is to win races and to be in with a shot of the title come the last round of the season.

“I would like to thank everyone at BMR for putting their faith in me. I can’t wait to get out testing and sample the Subaru Levorg – I think rear-wheel drive will really suit my style.”

Paul Tunnicliffe, Subaru (UK) Managing Director, said: “There’s much more to come from our involvement in the BTCC. Delighted though we were with Ash Sutton’s epic Drivers’ title in 2017, we feel the superiority of the Subaru Levorg really deserves victory in the Manufacturers’ championship.

“Senna’s signing is the first step towards achieving this goal. He is a fitting driver to represent Subaru in this prestigious championship, and we expect to see him challenging for the top honours from the get-go. We can’t wait for Brands Hatch in April!”

“We’re massive fans of British motorsport, and touring cars is one of the most exciting championships in the country.

“BMR has a committed team with members who work hard during the good times and pull together in the more challenging times.

“As title sponsor, we’re really looking forward to an exciting season of racing.”

BMR Racing Team Manager Micky Sergeant also spoke of the team’s title ambitions for this season, having won the driver’s championship with Ashley Sutton back in 2017.

“It is an absolute pleasure to have Senna on-board and to renew our contracts with both Adrian Flux Insurance Services and Subaru (UK),” said Sergeant.

“Senna has unfinished business at BMR and he’s heading back to his roots, where his past rear-wheel drive experience saw him finish runner-up in a Ginetta as a BMR Academy driver in 2015.

“Winning the Jack Sears Trophy in his maiden BTCC year puts him in good company and his first win in 2018, along with a brace of podiums and a dozen top ten finishes, certainly makes him one to watch again in 2019.

“Last year saw an even more competitive BTCC than ever before and we are very excited to be able to contest the championship titles once again with the Subaru Levorg in collaboration with Adrian Flux. Our aim is to continually develop every area of the team to ensure that the results speak for themselves.

“The news has given the team a boost of excitement and it really is a true testament to all of their hard work last year, we can’t wait for the first round at Brands Hatch in April.”