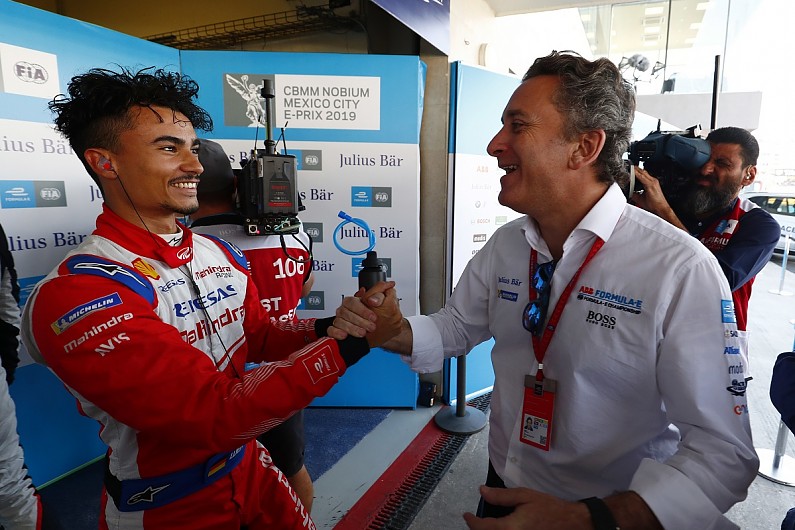 Championship leader Sam Bird will start at the back of the grid after a mechanical failure on his out-lap in the first group. Bird commented afterwards stating how just a point in the race later would be a “miracle.”

Antonio Felix Da Costa would finish group one quickest and would book his place in the shoot-out finishing sixth after all the groups had completed their runs.

The second group saw Alexander Sims go four-thousandths of second slower than teammate Da Costa and will line up seventh on the grid.

Wehrlein put an early stamp on things going nearly two-tenths quicker than Da Costa managed in the opening group with a 59.604.

It was Oliver Rowland, Di Grassi and Sebastien Buemi who would progress to the Super Pole shoot-out from the third group finishing first, fourth and fifth quickest respectively. Felipe Massa would go third quickest in group four and make his first Super Pole shoot-out.

The two HWA Racelab cars of Garry Paffett and Stoffel Vandoorne will line up 16th and 20th respectively after struggling with oversteer on their flying laps.

Di Grassi came out third and set a blistering time of a 59.653, putting him on provisional pole.

Felipe Massa will line up third after a time of 59.695 whilst Wehrlein who finished the group stages second quickest to Rowland went three-tenths quicker than Di Grassi with a 59.347, securing him his first pole position.

Rowland will line up in fourth after a lock up at the chicane in sector three – a corner most drivers were struggling with throughout the qualifying session.

After qualifying, Wehrlein said: “That’s how you have to do it – not touching the wall but be as close as possible.

“The lap was great, I have to thank my team, the support and the car they are giving me is amazing.

“This morning, I did not feel great in the car, twice we were not in the top 10, so qualifying on pole is a great result for us.”

Super Pole shoot-out result: With thanks to Autosport

The rest of the grid: With thanks to Autosport